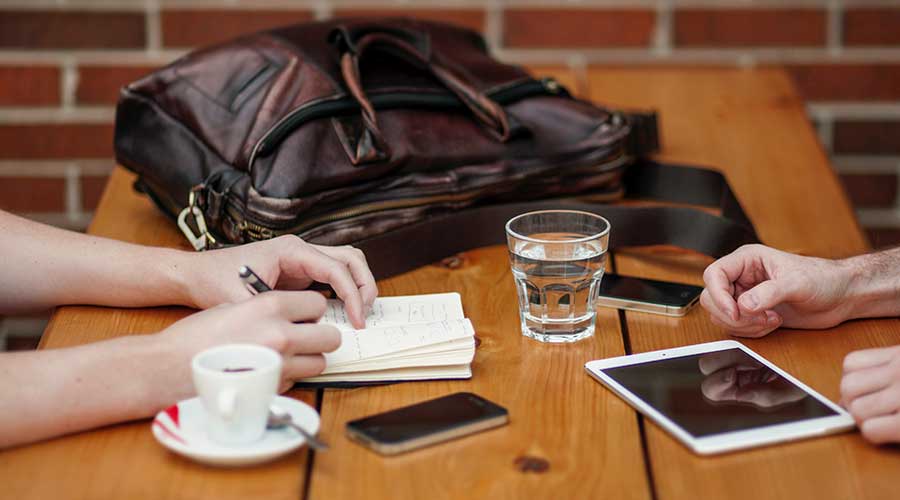 Whenever I try to conjure up what innovation looks like, the same slideshow of images clicks across my mind: that photo of Einstein with his tongue sticking out, Edison with his light bulb, Steve Jobs onstage in his black turtleneck, introducing the latest iThing. Unoriginal and overdone, to be sure. And not all that accurate.

Because it’s not just about that romantic “ah ha!” moment in front of a chalkboard or a cocktail napkin, it’s about the nitty-gritty work that comes after the idea, getting it accepted and implemented. Who are these faces? And, most importantly, as I’m sure you’re all asking yourselves: where do I fit in?

A recent study isolates and identifies five major personalities crucial to fostering a healthy atmosphere of innovation within an organisation. Some are more entrepreneurial, and some more process-oriented – but all play a critical role in the process. Thinkers need doers to get things done, and idealists need number crunchers to tether them to reality.

Though it may seem stymieing at times, in any healthy working environment, a tension between the risk-takers and the risk-averse must exist otherwise an organisation tilts too far to one extreme or the other and either careens all over the place or moves nowhere at all. An effective and productive culture of innovation is like a good minestrone soup; it needs to have the right mix and balance of all the ingredients, otherwise it’s completely unsuccessful, unbalanced — and downright mushy.

The study surveyed more than 1,200 executives in Europe across a range of topics and themes. Using a series of questions about their attitudes, beliefs, priorities and behaviours, coupled with a look at the external forces that can either foster – or desiccate – an innovative environment, a picture emerged of five key personality types that play a role in the innovation cycle

This last piece – the corporate environment – is a stealth factor that can make or break the potential even the most innovative individual. Look at it this way: a blue whale is the largest animal known ever to have existed, but if you tried to put it in a freshwater lake, it wouldn’t survive. Well, that and it would displace a lot of water. My point? Even the largest and mightiest of creatures can’t thrive in an environment that doesn’t nurture them.

The themes surveyed in these studies are universal; despite the focus on European executives, these personalities are applicable across oceans and cultures.

I’ll leave it to you to decide which one fits you best. You may even see a little of yourself in more than one group. But remember, none of these are bad. All play crucial roles in developing an idea, pushing it up the corporate channels, developing a strategy and overseeing execution and implementation. These are all pieces of a puzzle, arteries leading to the beating heart of corporate innovation.

With a strong personal drive, these are leaders. Targets and rewards motivate them strongly, but a major incentive for this group is the idea of creating a legacy and wielding influence over others. These are the ones who like being in the front, driving projects forward (and maybe promoting themselves in the process), but at the end of the day, they provide the push to get things done.

On the flip side, they can be a bit arrogant, and impatient with teamwork. Movers and Shakers tend to cluster in risk and corporate strategy, in the private equity and media industries, at mid-size companies; though they comprise 22% of total executives, at companies with revenues of £25 million to £1 billion, Movers and Shakers can encompass up to one-third of the executive suite.

Persistent and open to all new things, experimenters are perhaps the perfect combination for bringing a new idea through the various phases of development and execution. “Where there is a will, there is a way,” is perhaps the best way to describe them. They’re perfectionists and tend to be workaholics, most likely because it takes an incredible amount of dedication, time and hard work to push through an idea or initiative that hasn’t yet caught on. They take deep pride in their achievements, but they also enjoy sharing their expertise with others; they’re that intense colleague who feels passionately about what they do and makes everyone else feel guilty for daydreaming during the meeting about what they plan on making for dinner that night.

Because they’re so persistent, even in the face of sometimes considerable pushback, they’re crucial to the innovation cycle. They tend to be risk-takers, and comprise about 16% of executives – and are most likely to be found in mid-size firms of £100 million to £1 billion (20%). Surprisingly, they’re least likely to be CEOs or COOs – just 14% and 15%, respectively, are Experimenters.

Do you remember those kids in school who sat up in the front, whose hands were the first in the air anytime the teacher asked a question? Maybe they even shouted out “Ooh! Ooh!” too just to get the teacher to notice them first? This is the segment of the executive population those kids grew into. They’re good at…well; they’re good at everything, really: developing their personal brand, seeking out and cultivating the right mentors, identifying colleagues’ best talents and putting them to their best use. Somehow, they seem to be able to rise through the ranks and make things happen, even when corporate culture seems stacked against them.

Unsurprisingly, CEOs tend to be Star Pupils. What’s most interesting about this group, though, is the fact that, at 24% of corporate executives, they don’t seem to cluster in any one particular job function, industry or company size; rather, they can grow and thrive anywhere: IT, finance, start-ups, established MNCs. They’re the stem cells of the business world.

Uncomfortable with risk, Controllers thrive on structure and shy away from more nebulous projects. Above all, they prefer to be in control of their domain and like to have everything in its place. As colleagues, they’re not exactly the team players and networkers; Controllers are more insular and like to focus on concrete, clear-cut objectives where they know exactly where they stand and can better control everything around them. They comprise 15% of executives — the smallest group overall — and tend to cluster on both extremes of the spectrum: either in the largest enterprises (with 1,000 or more employees) or the smallest (with fewer than 10). This makes sense when you think about it: controllers thrive on overseeing bureaucracy (at larger firms) or having complete control over all aspects of their sphere – at the smallest firms, they may be the business owner who has built an entire company around their personality.

Controllers pop up most frequently in sales and marketing and finance, and populate the more practical, less visionary, end of the corporate hierarchy: these are the department heads and managers who receive their marching orders and get to mobilising their troops to marching.

Forget the less-than-flattering name; these executives exist to bring everyone back down to earth and tether them to reality. On a dinner plate, Hangers-On would be the spinach: few people’s favourite, but extremely important in rounding out the completeness of the meal. Like Controllers, they don’t embrace unstructured environments, and they tend to take things one step further, hewing to conventional wisdom and tried-and-true processes over the new and untested.

When asked to pick a side, Hangers-On will most likely pick the middle. This is not necessarily a bad set of characteristics to have; someone has to be the one to remind everyone of limitations and institutional processes. While they comprise 23% of all executives – the same no matter the company size – they cluster most strongly in the CFO/ Treasurer/Comptroller role, where 38% are Hangers-On. This makes sense; someone has to remind everyone of budget and resource constraints.

No one group can be considered the purest “entrepreneurial group,” but Movers and Shakers and Experimenters may be the closest. They have the strongest tendency to be internally driven, in control and bridle the most at others telling them what to do. Younger, more innovative firms generally need Movers and Shakers at the top, channelling the energy of Experimenters into a vision that can be implemented. As organisations grow larger and more established, however, they need Star Pupils who can translate that vision into a strategy and lead it forward, Controllers who can marshal the troops to execute it and Hangers-On who can rein it in. A firm reaching maturity has greater need for strong processes, as well as those who value control.

As we’ve seen time and again, unbridled innovation is a wonderful thing. But it’s what comes next that’s arguably more important. To get an innovative idea off the ground, it’s crucial to have a cast of characters who can keep that tension between risk-taking and reality at a healthy balance midway between the sky and the ground — where innovation can thrive.

Previous Post Communication, you can't change without it
Next Post Thematic Learning - and how you can use it

It’s January, 2021 Normally it’s a time for dreaming dreams and setting goals. This year however there doesn’t seem the usual urgency. Last February I thought the worst of the Covid crisis might be over by summer. Then, perhaps Autumn. OK, well at least it’ll be over by Christmas. No, No and No. Here we […]